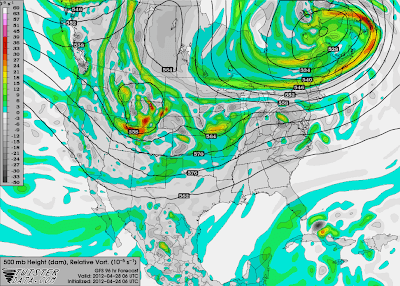 A storm system is expected to bring a snow event to the Lower Great Lakes and lower part of the New England region. This image portrays 500mb relative vorticity values. For a refresher, positive vorticity values indicate low pressure systems. So, as you can see, there is an area of higher vorticity values in lower Iowa, which is the system we are watching for possible snow.
The system should quickly shift eastward and weaken in the process. Despite this, expect snow values to quickly increase in the North Ohio and New England regions, as the Atlantic Ocean enhances the moisture content of the system. 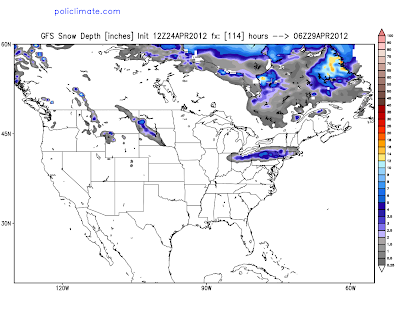 Here is a snow map valid for April 29 off the 12z GFS model. It has been showing snow in the area for a while. As you can see, a good 6 inches of snow is being forecasted in Pennsylvania off this system, with 2-4 inches in north Ohio and around the 6 inch swath.
Just for kicks, let's imagine that this snow is going to have a 10:1 ratio (10 inches of snow = 1 inch of liquid). Now, 10:1 ratios are uncommon in early and late season snowfalls, so take a look below. 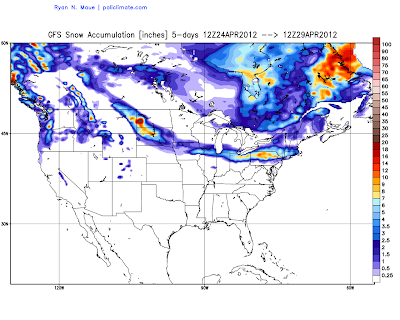 This is a 5 day accumulation map.