A winter predictor that has had incredible success in past years, commonly referred to as the October Pattern Index (OPI), is supporting another cold winter ahead. 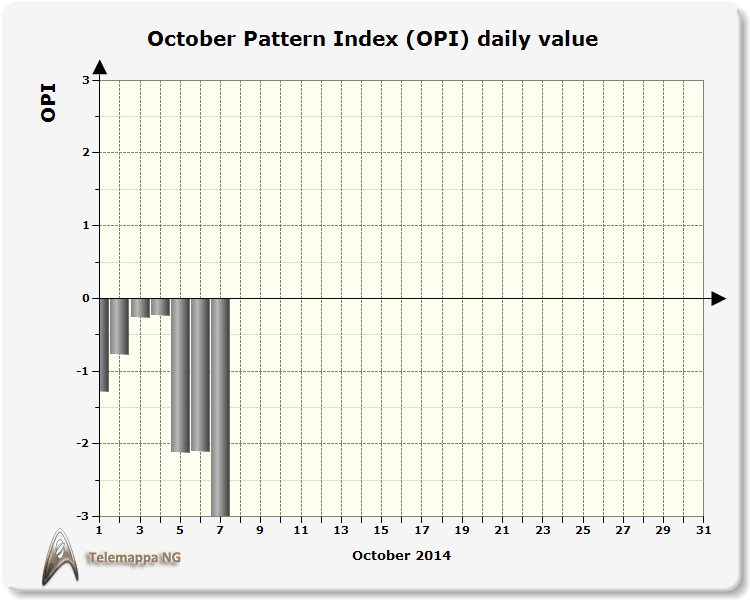 The above image shows anomalies of the October Pattern Index over the last several days, since the start of October. The OPI, the concept of which was brought about by a group of Italian scientists, says that monitoring of the atmosphere during the month of October can yield great hints at what the coming winter will bring. October is a month well-known for big winter-predictors showing their cards for the coming cold season (i.e. the LRC, and Judah Cohen's Snow Advance Index (SAI)), but it may interest many to know what the OPI may be one the best, if not the best predictor of the upcoming winter season out of the three mentioned above.

The explanation page of the OPI tells of the index's incredible accuracy, around 90%, of being able to predict the December-January-February Arctic Oscillation. In the winter, a negative phase of the Arctic Oscillation (AO) means the polar vortex is weak and is more prone to sending cold outbreaks to the mid-latitudes, while a positive AO indicates a strong polar vortex, hence a warmer winter increases in probability.

Though we aren't to the middle of October yet, early indications are that the OPI is sustained in a negative phase, today plummeting below -3, off the chart as shown above. If the OPI stays in that negative territory for the rest of October, chances are the winter may have a negative Arctic Oscillation. The AO doesn't define the winter in terms of cold overall, but it can give a good hint at the temperature pattern for the coming winter.