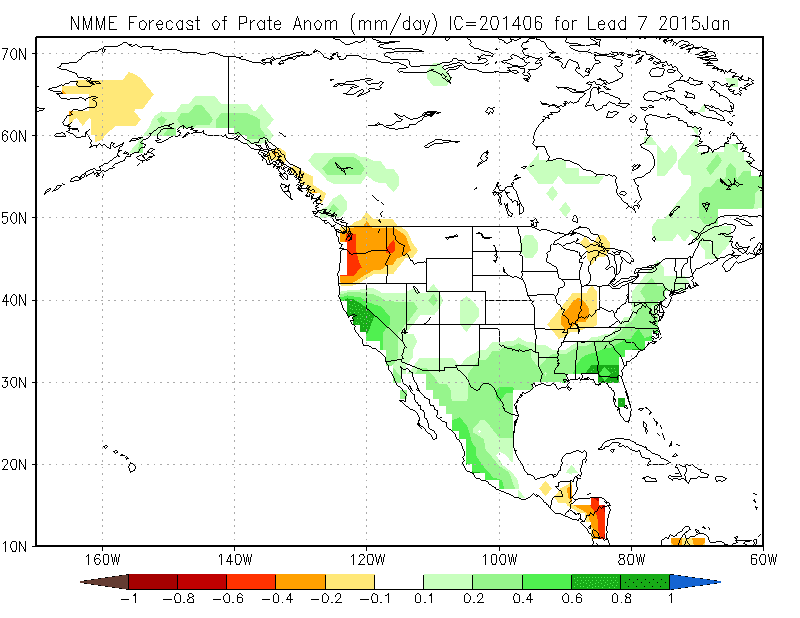 In a marked change from previous forecasts, long range guidance is now indicating that the East Coast is in line for a snowier than normal winter.

The image above shows the average precipitation anomaly forecast for January 2015 from multiple forecast guidance models. In this image, we see a textbook El Nino precipitation pattern. This pattern is complete with a drier than normal Pacific Northwest region, leading into a wetter than normal Southwest. This wetter than normal Southwest area would likely arise from the enhanced subtropical jet stream, a result of the El Nino phenomenon, and bring quite a beatdown to the drought ravaging the West US. We see these wetter than normal anomalies transpiring throughout the Southern US, and along the Gulf Coast, before cutting up the coast. As I have previously discussed, sea surface temperatures close to Greenland are becoming increasingly supportive of a pattern which could bend the jet stream and induce additional opportunities for coastal storms in the East. These long range models would seem to confirm this theory, and will have to be monitored in the near future.