A general cooling of the majority of the Pacific Ocean over the past three months shows what could be an increasing possibility of a positive PDO. As shown below, a positive PDO is shown by cooler than normal temperatures across much of the Northern Pacific. If the PDO goes positive, it does enhance snowfall in the winter, and a +PDO and El Niño could spell a crazy Northeast winter. 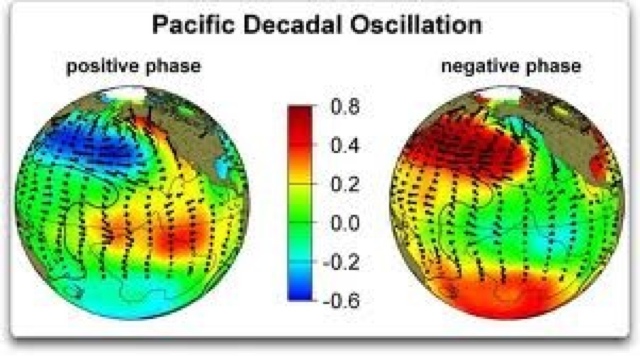 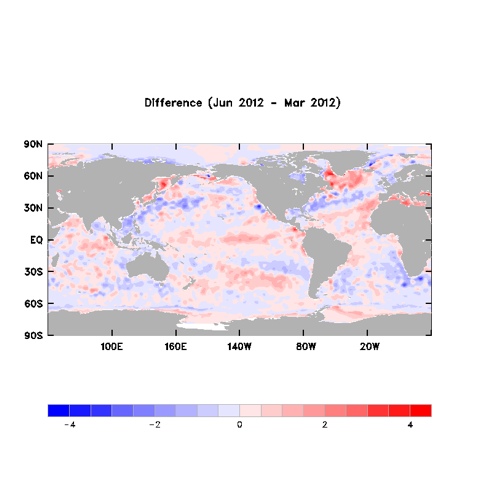 By Andrew at 7:54 PM No comments: Links to this post

How Does the Dust Bowl Measure Up to the Current Drought?

Recently, there has been a lot of talk about how the current drought is measuring up to the Dust Bowl. I decided to look at this for myself, and I found some interesting results.

This is the June map of the extent of the drought. As you can see, much of the Rockies are trapped in an extreme drought, with the Midwest and Ohio Valley also slipping into a deep drought. July has been more of the same, so this map is not as up to date as current conditions reflect, but we'll use it anyhow.

Now, let's take a glance at drought conditions from July 1934, in the deep of the Dust Bowl.

In conclusion, the Dust Bowl was, and is still much drier than what we are seeing now. I feel that this was a case of overhyping media. While the current drought definitely is one for the record books, the Dust Bowl is nowhere near what we have now. Could it get worse? Definitely, but for now, we are in much better state than 1934.

Andrew
By Andrew at 3:24 PM No comments: Links to this post

The Storm Prediction Center has issued the rare Day 7 outlook and the practically nonexistent Day 8 severe weather outlook for the Upper Midwest into the western Great Lakes. Let's take a look at a day-by-day forecast.


Notice the unusually strong similarities in low pressure placement on the US/Canada border near Minnesota. It does look like this, and a cold front, will bring a severe weather risk into the region. Let's look deeper into the 0z GFS and see what it's telling in terms of shearing and instability to identify if there even is a threat.

There is a lot of instability available over the Upper Midwest and Midwest, which could easily provide a lot of action for both regions. However, in order to get any storms going, and keep them going, we're going to need shearing. Surface to 500mb shearing shown in the second image highlight the atmosphere's willingness to provide such storm energy to the Upper Midwest, while not really supporting the Midwest itself. However, given the high instability and deeply negative Lifted Index values (not shown), I can see at least scattered pulse cells originating over the Midwest and Lower Great Lakes.


DAY 8 (July 26, 2012)
We already know that the GFS and ECMWF remain in very good agreement into Day 8, so let's go right into instability and shearing once again.


I feel like this is where the ECMWF and GFS are beginning to veer off into their own states as the timeframe increases into more uncertainty. The GFS is showing major instability in the Lower Great Lakes and Midwest, but keeps the shearing into the Upper Midwest. Despite this, I do believe that, if this scenario were to verify, there would be enough shearing for the Lower Great Lakes to possibly get more organized convection, while the lower Midwest and Ohio Valley regions would most likely end up with more pop up storms due to lack of organized shearing.

Andrew
By Andrew at 2:02 PM 3 comments: Links to this post

Drought Expands and Worsens; No Relief in Sight

Andrew
By Andrew at 1:40 PM No comments: Links to this post