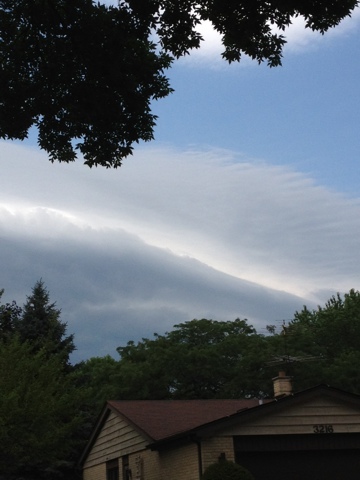 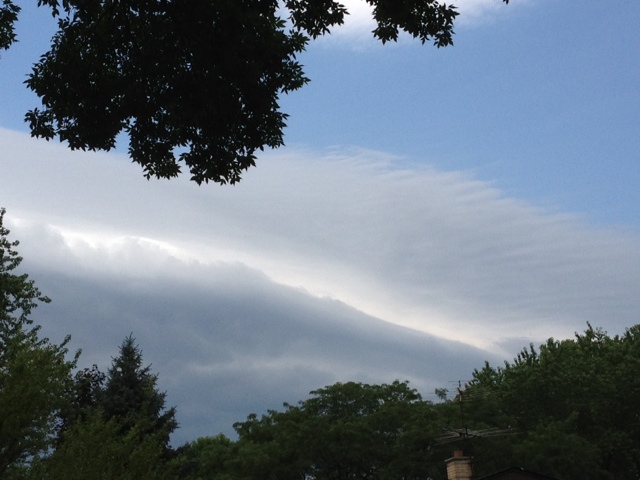 Latest RAP model guidance takes Indiana cluster through the Ohio Valley area, where it supposedly splits off into several separate cells and weakens in the process. I have trouble believing that scenario, considering there is widespread 2000+ j/kg of instability ahead of it, and will discard that solution. However, initialization of RAP is correct, and I will use that for guidance on the potential second MCS development in southern Wisconsin.
17z RAP does develop a second convective cluster in southern Wisconsin, which has been trending within the model for several runs now. The MCS is then forecasted to shift southeast through the evening hours before hitting the northeast Illinois area, which already underwent a severe weather event today. RAP is insistent on that cluster then also slamming northwest Indiana, which went through the same severe weather that Chicago dealt with earlier today.
Just to see what would happen, I did run the RAP-devel model, which showed a weaker cluster of showers and storms hitting the areas mentioned above. I do not think that is a bad idea, considering fair stability has taken over following the strong thunderstorms that swept through northeast Illinois and likely high temperatures below what was being forecasted.
I do think that 15z HRRR is a good middle ground, where a small MCS sweeps into northeast Illinois and dies out into northwest Indiana. However, it will eventually depend on the available instability and high temperatures of the day. 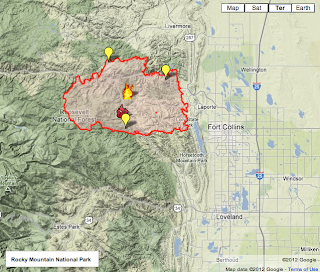 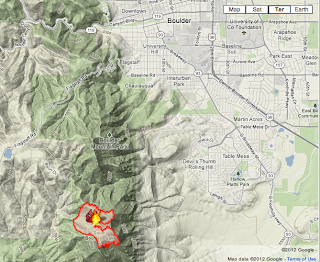 Andrew
By Andrew at 8:22 AM No comments:

The Storm Prediction Center has outlined a large portion of the eastern half of the US in a risk for severe weather, including the Southeast, Ohio Valley, and Lower Great Lakes. Montana is also being watched for severe weather.
In order to provide a more comprehensive coverage, I am dividing the risks into sections.

Lower Great Lakes into Ohio Valley
12z soundings indicate the presence of a capping inversion over the region, with as much as 1000 j/kg of stability just above the ground. However, already at this early time of day, the mid levels of the atmosphere are stocked with over 2000 j/kg of instability, and forecasts are for this to increase past 3000 j/kg. The soundings also indicate the presence of weak winds in the lower levels of the atmosphere and strong winds aloft, with could turn these storms into potentially rotating cells. However, considering shearing is not too ideal, this potential is fairly low.
It should be noted that the Sounding Analog Retrieval System (SARS) from the SPC is recording over 200 similar soundings to what was observed at 12z in Wilmington, Ohio that produced hail, and 22 supercell matches. That said, this sounding appears to be raising a warning flag in terms of how strong the storms could get.
Surface analysis indicates a stationary front is in place in the southern Midwest, which could aid storm development should it move north.

Southeast
12z soundings indicate very weak and disorganized winds in the lower levels of the atmosphere with some stronger winds getting into the 300mb level. However, there is 6500 j/kg of instability at the 986mb level in the atmosphere. The forecast surface instability is expected to reach 7000 j/kg. All of this instability would only take a small forcing mechanism to lift and produce storms. But that's when the streak of good severe weather potential ends. The 12z sounding indicates cloud bases from the surface would reach beyond 3000 meters, meaning it would take a strong forcing mechanism to get the parcel of air into the strong instability. However, surface analysis indicates a low pressure system in the region, which could help to pump up the air so it can rise into the strong instability.

Montana
Surface analysis indicates the presence of a disturbance to produce showers and thunderstorms, and 12z soundings indicate some shearing is present in the atmosphere. Combined with the expected 1000 j/kg of instability, some stronger storms could evolve from this situation.