Why Early November Will Be Colder Than Forecasted, and Other Long Range Hints

It is likely that the recent forecasts of a dissipating cold pattern in the 14-16 days range will end up incorrect, as the west Pacific continues to produce typhoons, one of which will end up in east Asia to confirm a continuing cold weather pattern through at least the first week of November. 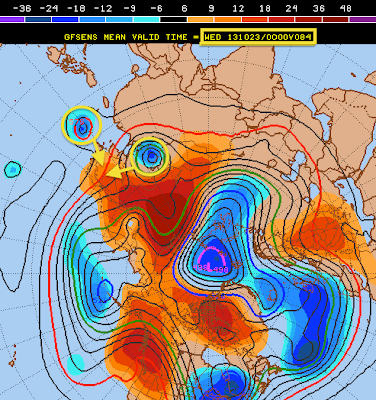 In just 84 hours, on October 23, typhoon Francisco will begin to approach East Asia at just about the same time a closed low traverses eastern mainland Asia. It has been demonstrated that the weather pattern in East Asia can be (and often is) reciprocated in the East United States 6-10 days after the weather pattern in East Asia is observed. In the case of recurving typhoons, it is expected that a deep trough appears in the eastern half of the United States in the 6-10 days succeeding the typhoon's curving motion around East Asia. 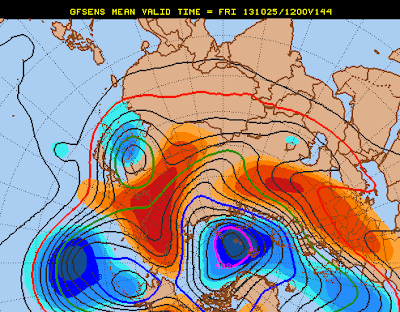 Two days later, ensemble forecasts have the typhoon and closed low combining into a swath of negative height anomalies covering a decent portion of East Asia. This should lead to an enhanced period of colder weather in the Central and Eastern United States as a result. Ensemble forecasts then try to build ridging in East Asia after the troughing, but with that same ensemble set not catching on with the probable troughing pattern across the East US due to the typhoon scenario in East Asia, I am wary of trusting that solution. 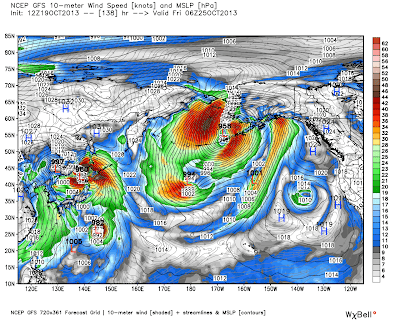 The GFS model does show another big storm system hitting East Asia around the 140 hour forecast period, which could then prolong the cold pattern further, as far as ~November 4th, as the image above shows, but there's another piece of information that may have significant implications in the middle or near-end of November.

Andrew
By Andrew at 2:18 PM No comments: