Tropical depression FOUR-E has formed in the Eastern Pacific and is currently no threat to land. The latest model forecasts have FOUR-E moving westward in an attempt to get as far away from land as possible. In the process, strengthening into a tropical storm is expected, with hurricane strength briefly possible over the next few days. 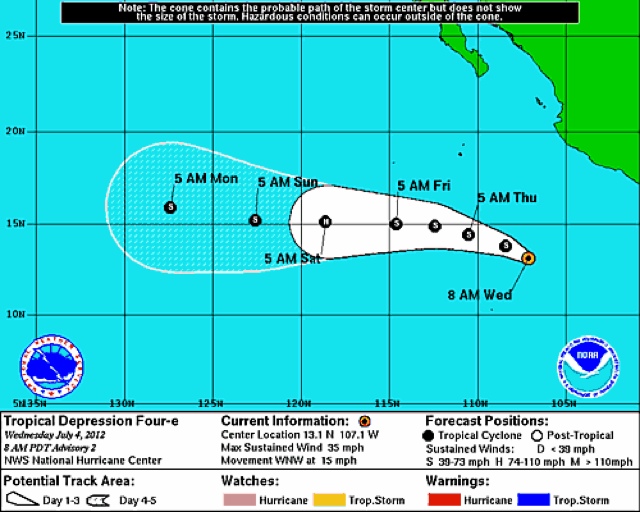 Relief From Hot Weather In Sight

Relief from the heat is in sight as models point to the ridge being shoved west as a disturbance cycles in place over the Northeast, bringing cooler conditions to parts of the East, as shown in the below image of hour 240 from the 0z ECMWF.
However, there are long range indications that the ridge may build back up again in the East and provide more unusually hot weather. However, that remains to be seen by models in a closer timeframe. 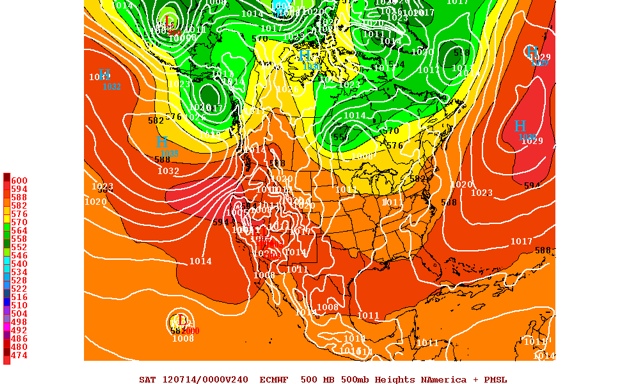 Stratosphere Showing 2009 To Be Possible Analogue

A comparison of 2009 stratospheric temperature anomalies and temperature anomalies thus far into 2012 has shown that both years have been very similar thus far. Take a look at 2009 (full image) and 2012 (half completed image) below. Both had rapid warming early in the year, followed by a period of cooling before both settled in to a stable period, which we are in now.
If we follow the stratosphere to forecast this winter, the stratosphere would remain cool thru early winter, but not to the extent seen last year. If we only used 2009, a substantial winter would be in store, probably with an active back-loaded winter, seeing as there was rapid warming in February that would be supportive of winter weather.
All of this is on the preliminary side and is still being researched. This does not mean we will see a repeat of 2009-10, it just shows that there is a correlation between that year and this year thus far. 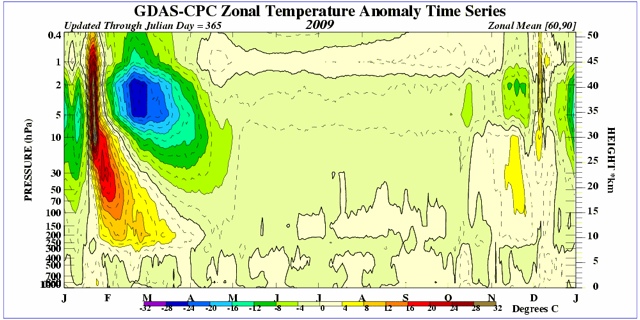 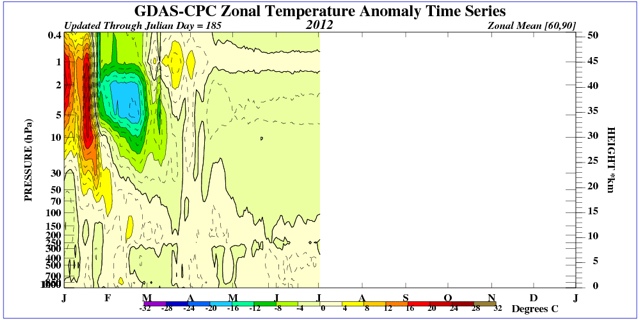