It looks like the end of winter will go out like a lion for a good chunk of the north-central and northeast US, with cities like Chicago, Detroit and New York City in the mix for the biggest snow events.

We're going to start with the Lezak Recurring Cycle. The Lezak Recurring Cycle, or LRC, is a tool developed by meteorologist Gary Lezak that, in essence, can enable forecasters to predict the overall weather pattern months in advance. The gist of the LRC involves a cycling weather pattern that develops in October and November of each year; no pattern is the same from year to year. Around mid November, the LRC begins to repeat, meaning we start to see a similar weather pattern in mid November that we saw in early October. This means that the cycling pattern has begun, and it will continue to cycle on a regular (non-changing) 40-60 day interval for the next ~10 months before it dissipates over the following summer.

This season's LRC cycle is on a 57 day cycle length, meaning the weather we saw in December can be expected to "come back" as we enter February. The image above shows the surface condition map on the left and 500mb map on the right from December 14, 2013. If w extrapolate that date out 57 days, we come to the February 7th mark. To make up for natural shifts that occur in the weather pattern, we can reasonably stretch the timeframe out to February 6-8 if we want to. As the 500mb map above shows, we have high pressure over the West Coast, with only slight ridging in the Southeast and the storm system easily working its way across the Plains. Based on the pattern I'm seeing to start February, I'm thinking a storm track similar to the one this system took in mid-December could very well be in the cards, or possibly suppressed a bit to the south (not by much). Regardless of where this storm ends up tracking, we should be watching out for a wintry system to impact the Plains, Midwest and eventually the Northeast in the February 5-10 period (I put February 5-10 instead of 6-8 to cover the timeframe the storm will affect all regions of the US, not just for the image shown here).

The second snow potential to watch would fall around the February 11-15 period, as this December 20th disturbance brought precipitation to the central Great Lakes and northern Ohio Valley, with additional precipitation extended into Kansas and Nebraska. The pattern here had a nearly-closed low in the Southwest, with high pressure in the Southeast. I'm a little cautious of saying that this storm track may repeat exactly as shown- I'm thinking we'll see a slightly different track this time around. If it is to deviate from the December 20th track, I expect it would be more to the south as of right now. Again, we would want to watch February 11-15 for this potential storm. 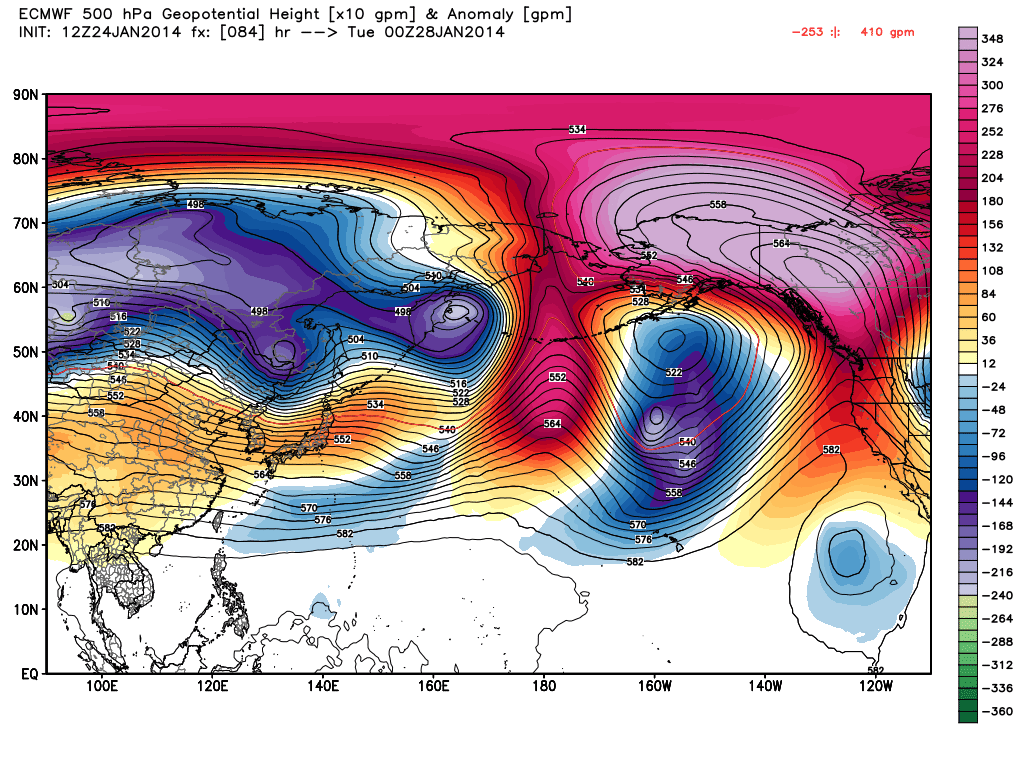 Just two days later, on December 22nd, surface and 500mb observation charts show precipitation associated with a disturbance stretching from the Plains to the Northeast. I wouldn't be too surprised to see a similar storm track play out on the expected February 14-16 period based on the LRC's 57 day timeframe, mainly because the pattern I think we'll see in mid-February will continue to resemble the pattern showing up in early February. 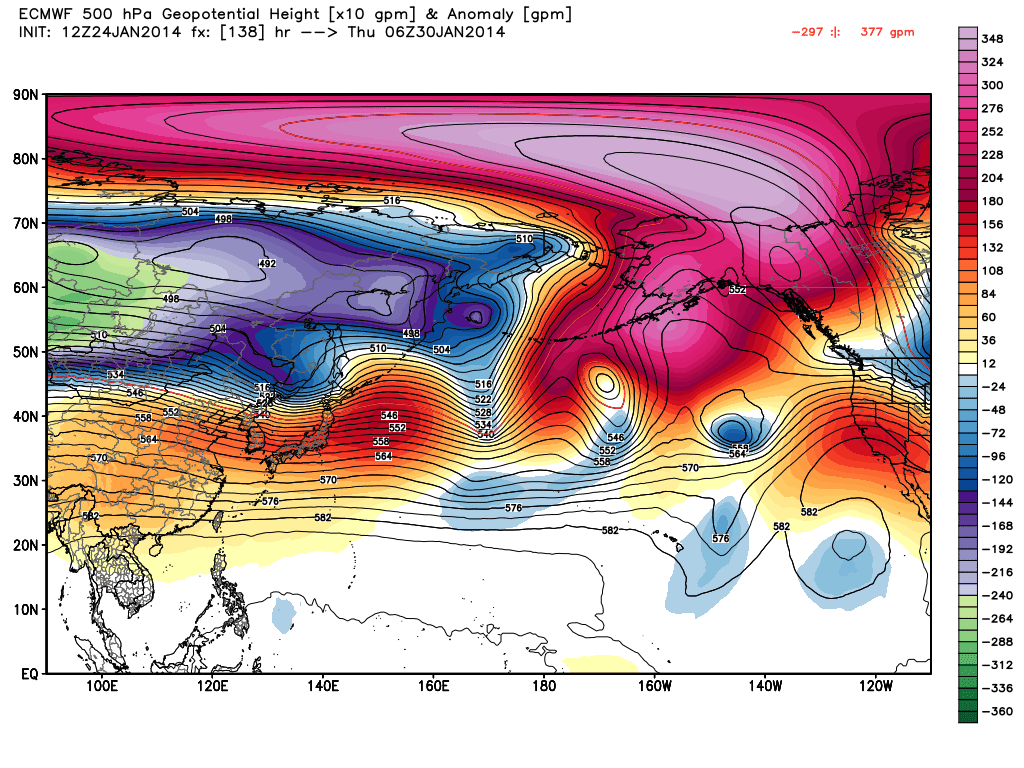 The ECMWF model zoomed on the Bering Sea then sees a storm system enter the far western waters of its domain on January 30th, meaning we would then be eyeing the February 16-20 period after extrapolating out 17-21 days using the Bering Sea Rule. Again, since the storm is in the western Bering Sea, we might anticipate a storm in the Central or near-Eastern US in roughly this timeframe.

These LRC and Bering Sea images do seem to favor the Plains, Midwest, Great Lakes and Northeast regions for snow events, especially if the storms are able to transfer offshore (which I believe we may see in February). I'm cautiously optimistic that those in the north-central and northeast may see a full three month winter of not only cold, but snowy weather.