What Are The Models Saying This Winter? - GFDL_FLORb01 Model 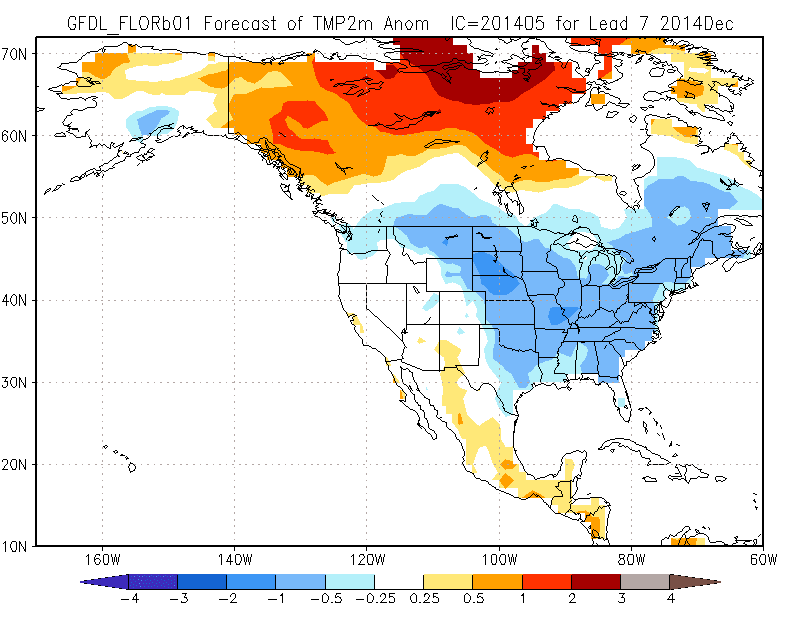 This version of the GFDL model shows a pretty cold start to winter. As the image above shows, the December 2014 forecast calls for widespread below normal temperatures, concentrated in the Plains, and spilling east across most of the land east of the Front Range. This cold also extends into southeastern Canada, but from there, warmth dominates to the north. We see intense warm temperature anomalies concentrated near the Arctic Circle, which may indicate the negative phase of the Arctic Oscillation. The negative phase of the Arctic Oscillation (AO) can be defined by warm weather over the Arctic Circle, which can lead to a weakening of the polar vortex. The polar vortex then releases vast quantities of cold air to lower latitudes, which can include North America. We have yet to see if this is the case, but if this forecast were to verify, we would see potentially a repeat of last winter's cold. 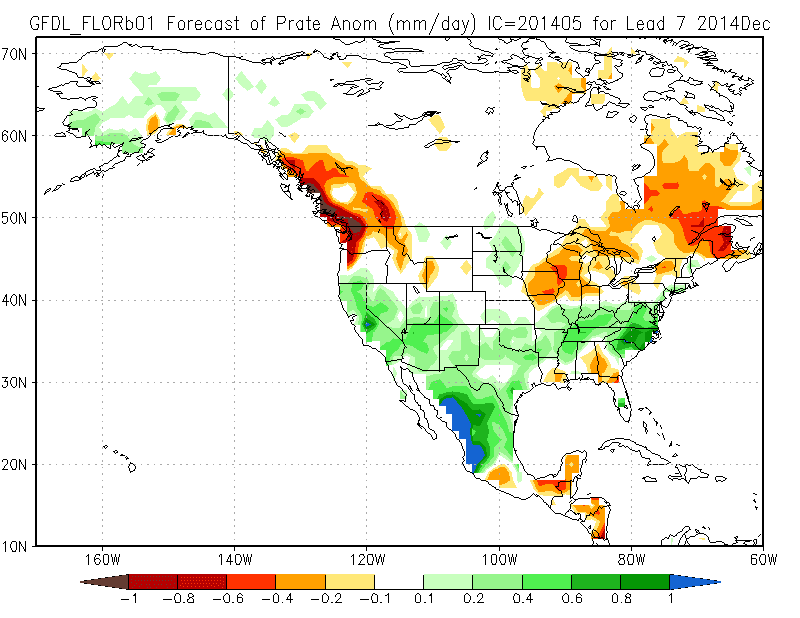 The precipitation forecast from the GFDL_FLORb01 model shows anomalously dry weather spread out across the Pacific Northwest and into British Columbia, with wetter than normal conditions located in the Southwest, especially in California, and into Arizona. This wetter than normal trend continues across the Southern Plains, into the Ohio Valley, and on to the Mid-Atlantic. From there, we see spots of dry conditions extending from the Midwest into the Great Lakes, as well as some dryness in the Southeast. This goes strongly against the expected El Nino's typical winter precipitation pattern, and for that reason, I am a bit skeptical.

This is likely an experimental model not intended for operational use, so confidence is already low. However, the somewhat-odd precipitation pattern lowers my confidence further.

Additional models will be analyzed in coming days.

Andrew
By Andrew at 6:05 PM No comments: Links to this post

Email ThisBlogThis!Share to TwitterShare to FacebookShare to Pinterest
Related: 2014-2015 Winter, What Are The Models Saying This Winter?
Newer Posts Older Posts Home
Subscribe to: Posts (Atom)