The Storm Prediction Center has issued a slight risk of severe weather for parts of the Lower Great Lakes and Midwest regions for March 27.

The Storm Prediction Center highlights a combined 1000-1500 j/kg of instability with veering flow aloft to create a risk for some strong and potentially rotating thunderstorms. More recent returns of the 12z GFS suggest flow veering at 50 knots, increasing the potential for some severe thunderstorms. 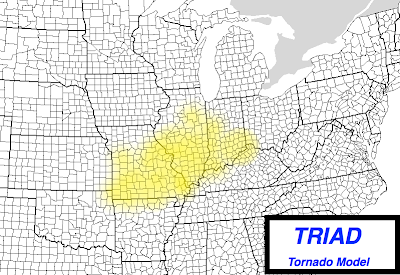 Week 3 (top) and week 4 (bottom) forecasts are in from the CFS v2, and after nailing the record breaking warmth, the CFS is indicating that temperatures may actually become below normal towards mid to late April.

This comes as a ridge of high pressure may come into the Gulf of Alaska, as told in this morning's post.

-Andrew
By Andrew at 2:00 PM No comments: Links to this post

The latest GFS 500mb analogue forecast is indicating that another spell of record-breaking warmth is unlikely as a ridge of high pressure moves into the Gulf of Alaska (GOA).

This past winter, warm spells would occur with a low pressure system present in the Gulf of Alaska. That low in the GOA is a traditional signal of a warm spell forthcoming in the US.

With our most recent record-breaking warmth, there was indeed a strong low pressure system in the Gulf of Alaska. However, with a ridge now poised to take over, it can be expected that temperatures much closer to average will be prevalent. I'm not saying they will be average, because I am getting some signals that they will be warmer than normal, but temperatures will be closer to average than record breaking.