Copyright The Weather Centre.
This was a strong storm cell just off the west side of Lake Michigan from this afternoon. 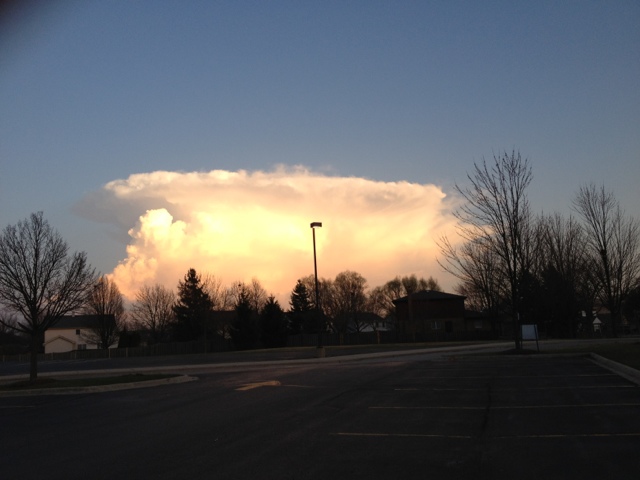 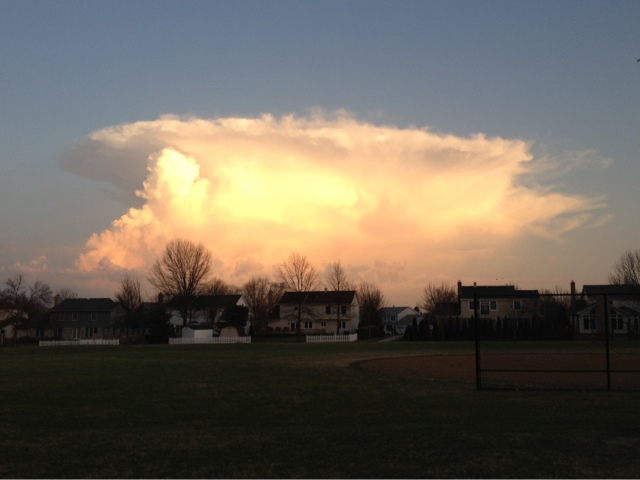 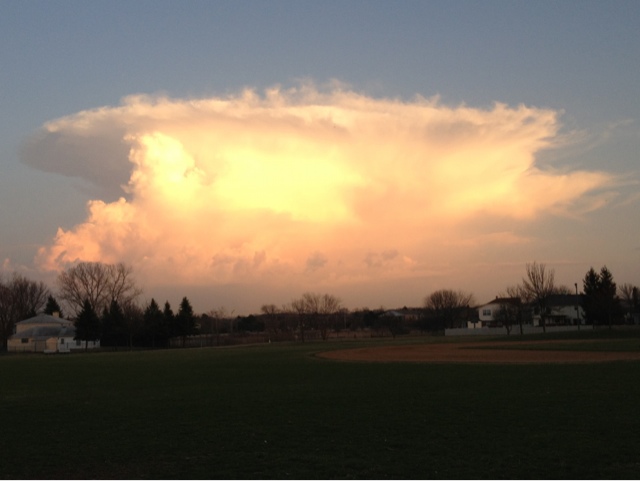 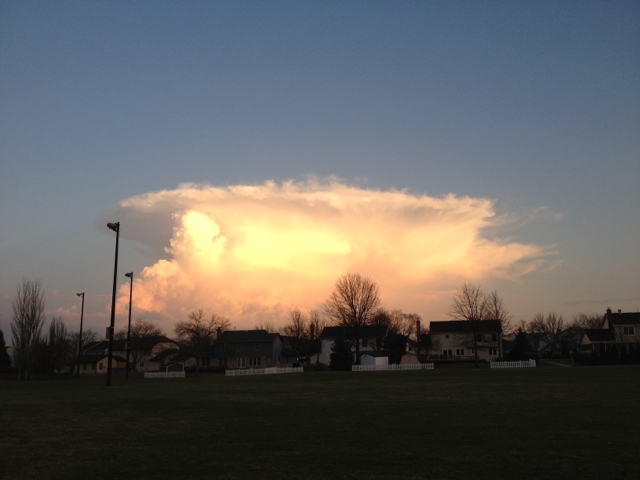 I have been able to snap some pictures of a supercell-style storm cell near my house. Pictures will be posted tomorrow!
By Andrew at 6:58 PM 1 comment: Links to this post

I am increasingly becoming worried over the potential for a serious severe weather outbreak early next week as a strong storm system will eject into the Southern Plains and crash into a mega-ridge of high pressure.

The 12z GFS is really pushing on the storms to become elevated, with over 40 knots of deep layer shear evident over the storms breeding grounds. At the same time, at screaming jet stream, speeding along at over 100 knots, will be overhead, greatly aiding in the tornado threat. What is also a big player is the Low level Jet stream (LLJ). The LLJ will be going at over 60 knots directly overhead the storms, which worries me because this would likely enhance the tornado threat.
Instability on the 12z GFS is kept to 2000 j/kg tops, with a better likelihood of 1250-1500 j/kg of instability. This is considered sustainable for severe storms, but not the strongest of them. A potential weakener of the storms is a cap of warm air that is called CINH, or Convective Inhibition. The 12z GFS is printing about 100 to 300 J/kg of CINH, which would likely hamper some storm development. However, a sharp surface theta-e temperature gradient should be sufficient to ignite thunderstorms without too much intervention from any CINH.

The NAM is printing EHI values (a good tornado indicator) at over 3 in Texas, which is astoundingly high. I am not surprised, as the TRIAD Tornado Model has been predicting this to be a pretty dangerous situation for the past couple days.

I have been poking around in the Storm Prediction Center's SREF ensembles, and have come to find that this afternoon's TRIAD tornado model looks pretty in line with the other models and ensembles. You can click here to see the latest output.

Sunday will definitely be a Storm Action Day. I can tell you that now.
I am also considering running a special TRIAD model run for Sunday's storms. It would be focused in on the Plains and run every few hours.

-Andrew
By Andrew at 4:00 PM No comments: Links to this post