I'm looking at the January 2-6 period for a potentially significant winter storm.


Global ensemble guidance is in good agreement that an anomalously strong storm will push through Japan in the two or three days after Christmas. The GFS Ensembles push the energy out of Japan 12 hours quicker than the European ensembles, but the main point right now is that there very well could be another significant storm system pushing through East Asia. Using the 6-10 day correlation between East Asian weather and United States weather, I am monitoring the nation for another potentially significant winter storm. I say it could be significant, because the East Asian system looks to be strong. Thus, the system in the US has a good chance of being strong around the January 2-6 period. 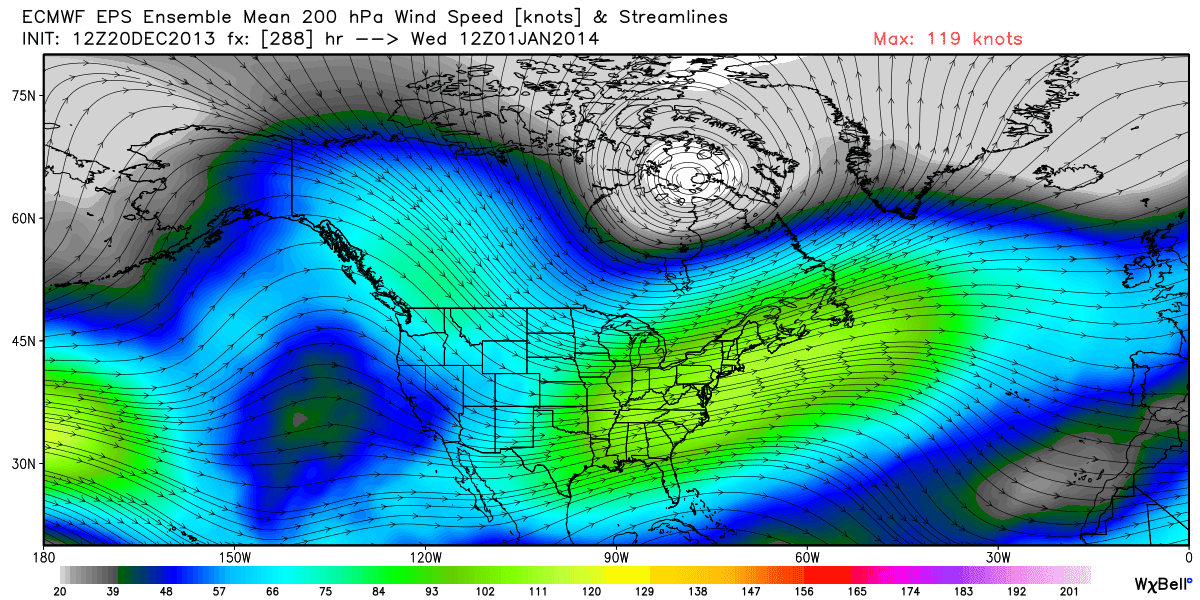 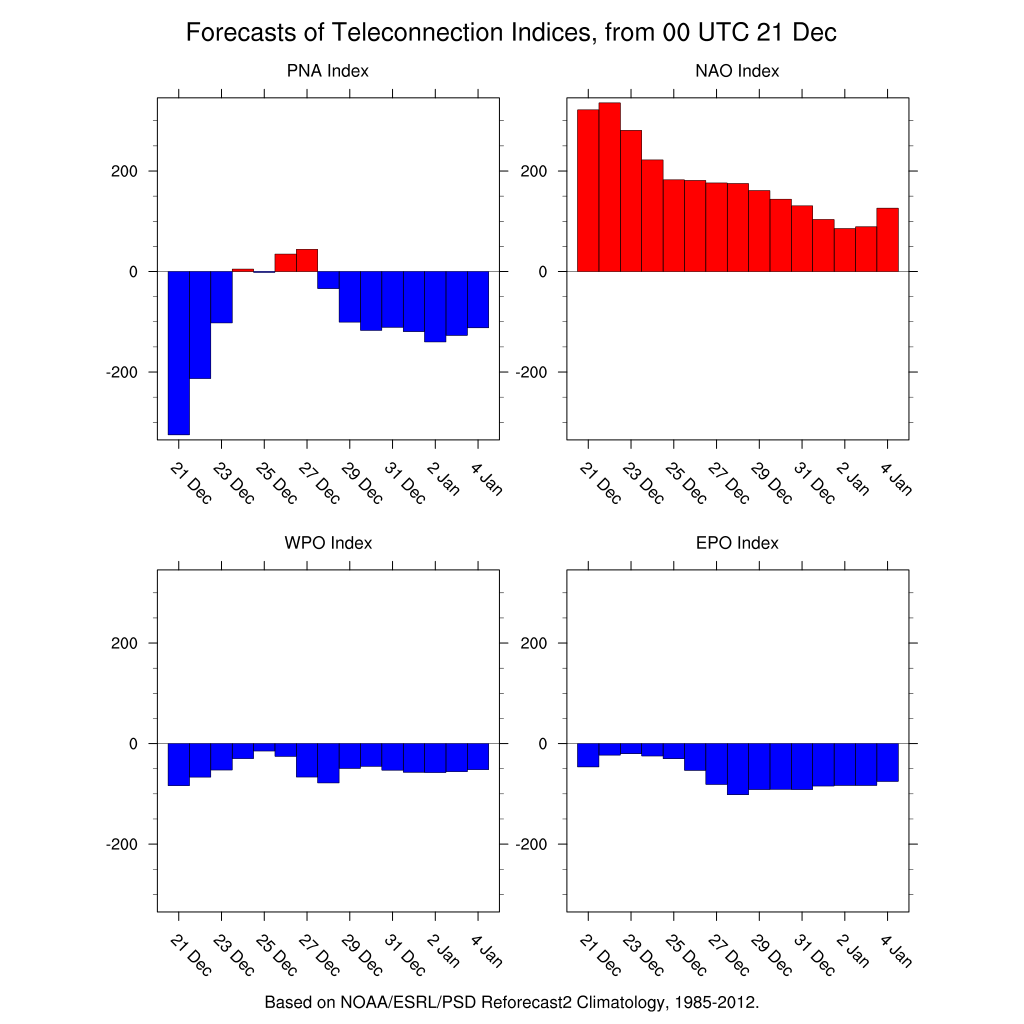 Teleconnections don't look to be too favorable for an East Coast snowstorm, with ridging continuing across the Southeast thanks to the positive phase of the North Atlantic Oscillation (NAO). This Southeast ridging pattern is confirmed with the projected negative Pacific North American (PNA) index. Both of these lead me to believe that while an East Coast storm would appear possible based on the jet stream pattern above, I would expect the pattern to be relatively similar to the one currently in place across the nation. That would mean this potentially significant storm may affect the Plains, Midwest and Great Lakes again, in relatively similar fashion to the December 20-23 winter storm.

The West Pacific Oscillation (WPO) and East Pacific Oscillation (EPO) are projected to be negative during this timeframe, meaning cold air could be more prevalent than what we are seeing right now. While cold air availability is a case-by-case basis for winter storms, this upcoming potentially significant winter storm should have at least some base of cold air to work with, especially if the -WPO and -EPO cooperate as they should.

The stratospheric polar vortex looks to be coming under attack in the next week or two.

The ECMWF forecast for Wave 2 activity shows highly anomalous values arising in the far upper stratosphere, mainly extending from the top of the stratosphere (1mb) to the middle-ish part of the stratosphere, ending up at the 20 or 30 millibar area. It is easy to see the attack that the stratosphere is undergoing, with the highly active Wave 2 values defining the polar vortex being strained in an attempt to be split into two vortices. There are two major types of wave activity- Wave 1 and Wave 2. In Wave 1 activity scenarios, the stratosphere undergoes distress as a major ridge attempts to displace the polar vortex from the Arctic, while keeping it fully intact. With Wave 2 activity, the polar vortex is experiencing ridging across the upper latitudes, making the vortex want to split into two vortices. These vortices can then shift to lower latitudes and bring extreme cold weather to the regions affected. In this specific case, it isn't looking like this projected polar vortex intrusion will do the job of splitting up the vortex.

This image, showing multiple wind speed and flux forecasts from the ECMWF, sums up the idea that while this will be a rather intense attempt by the stratosphere to break up the polar vortex, it won't actually finish the job. On the top panel, we have the projected wind speed of the top of the stratosphere, at the 1 millibar level (where this big stratospheric intrusion will be centered). The wind speed is projected to actually increase over the next 10 days, meaning the polar vortex will strengthen. We would want to see a steep drop-off in wind speeds in order to identify that this stratospheric event would actually be breaking up the vortex. The second panel shows wind speeds at the 10 millibar level (blue) and 30 millibar level (red). Again, we would want to see dropping wind speeds to indicate a weakening vortex, but as that indication has not been given, I do not anticipate a splitting vortex. The third panel shows the sharp spike in Wave 2 geopotential activity, which tells us about that incoming stratospheric intrusion, and this is confirmed with the increasingly-elongated EPV flux arrows on the bottom panel. If we see the arrows get larger, the attack on the polar vortex would intensify. But because the ECMWF can't show forecasts beyond 10 days, we don't know how intense the event actually gets.

In the long range, the GFS model sees things getting a little more interesting. This model allows a large strip of warm temperatures to surge into the Arctic via Eurasia, which does appear to be going up against the polar vortex (shown in the blues and purples). Now, the accuracy of the GFS in the long range is pretty low, so this forecast is pretty dicey to begin with. However, going off of the ECMWF beginning a pretty solid stratospheric attack on the polar vortex, the idea of this attack continuing and even intensifying isn't that far fetched as the Wave 2 geopotential height anomalies increase per the ECMWF. So, while this forecast above may not verify as it is shown above, something similar in terms of a continued attack on the polar vortex is possible.